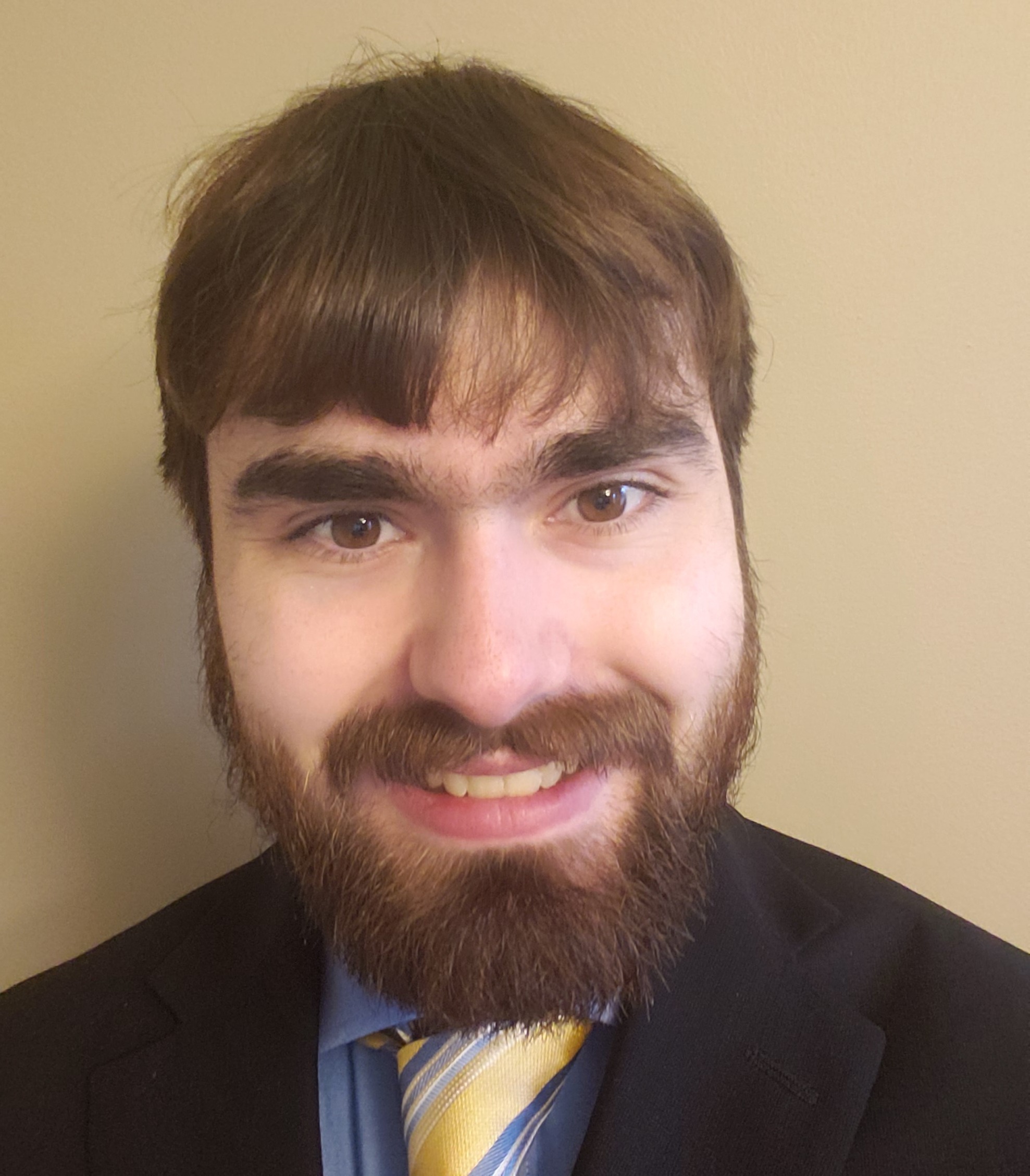 PhD student (starting Fall 2020) excited to discuss all problems with real-world impact. Out to solve them with the magic of ML. Enjoys fusing different perspectives together with the glue of data and computation, from problem-specific domain knowledge to his background in economics and math.

This post is part of a literature review on misinformation, especially in relation to technology and social media. The intention is to organize my thoughts and to provide the reader with condensed information beyond what can be found in the abstract.

For each paper I give the setting, main contributions, data used, and some strengths and limitations. These opinions are my own and are presented to give the reader some ideas. They do not represent an ironclad critical review; your judgment may vary, and so might mine on subsequent readings. Also, my depth of reading varies depending on relevance to our research - some papers that weren’t very relevant are marked below as skimmed or not read at all.

The following are from searching for the keyword “misinformation,” among 2019 KDD (Knowledge Discovery and Data Mining), ASONAM (Advances in Social Networks Mining and Analysis) papers. The latter conference accepts two submission formats; I indicate them here by the title as “short” (4 pages or less) and “long” (8 pages or less). Link to search.

18 results total. Results are ordered here according to the search results order.

Note for members of the Complex Data Lab: I have an internal version which includes potential uses for each paper in relation to our SN project specifically. Please check Slack or contact me for this version.

Online Misinformation: From the Deceiver to the Victim (ASONAM short)

Main Contributions: partisanship of publishers is partially predictive of fakeness (more partisan → more fake). Aggregate network properties are slightly predictive of fake news spreaders. Dissemination and vulnerability to fake news among seniors is significant and has not been sufficiently studied compared to other groups.

Strengths: partisanship as a predictor is seemingly obvious but perhaps overlooked; analysis here is clean and simple. Use of network aggregates contrasts https://dl.acm.org/doi/fullHtml/10.1145/3366423.3380180.

Limitations: highlights further research needed with seniors, but they explicitly state their data collected there is too small to be of use beyond qualitative suggestions.

Setting: This is the summary of a tutorial. Unfortunately I was unable to find any recording of the tutorial itself, but materials including slides are available at https://www.fake-news-tutorial.com/. The main sections of the tutorial are 1 - “fake news and related concepts,” 2 - “fundamental theories,” 3 - “detection strategies,” and 4 - “open issues.”

Strengths: sections 1, 2, and 4 are nice overviews. There’s a lot of potentially interesting papers and algorithms presented in section 3.

Limitations: it’s disappointing that there doesn’t seem to be a recording. Section 3 in particular can be hard to follow from the slides alone; referring to the original papers will often be needed if seeking a thorough understanding.

Limitations: seemingly no longer exists - no website at given link and cursory Google search did not find it either, though could be buried deeper.

Main Contributions: Algorithm that builds a graph on content embeddings of articles, relating ones that are labeled with similar ones that are not.

Limitations: while experimental results suggest their algorithm is working, with 10% or more labeled data the performance benefit is minimal or none. They compare with one other method (Guacho et al. 2018) and two simpler baseline methods (SVM and random forest models on bag-of-words features), but those baselines outperform Guacho et al. in every test, suggesting Guacho et al. may not be appropriate for this setting or data and therefore the comparison is not strong. Their embedding and graph construction methods (GloVe and k-nn) are not the most sophisticated ones out there.

5 sources of clickbaits you should know! using synthetic clickbaits to improve prediction and distinguish between bot-generated and human-written headlines (ASONAM long)

Main Contributions: algorithms and analysis of several related questions: performance of detection algorithms augmented by synthetic data, differences between synthetic and real headlines, and detecting synthetic vs. real ones.

Strengths: synthetic data improves performance of a variety of detection algorithms. It is nonetheless somewhat possible to detect the synthetic ones.

Limitations: VAE and infoVAE only generation algorithms tested. Insufficient how well humans can detect real vs. synthetic (relevant for determining how much room remains for improvement).

A Postmortem of Suspended Twitter Accounts in the 2016 U.S. Presidential Election (ASONAM long)

Data: roughly 90 million tweets from 9.5mil users collected over 4 months, of which 9.2mil tweets are from 900k suspended users.

Strengths: this avoids the sparsity issue due to Twitter streaming API maxing out at 1% of tweets, sometimes problematic (see “On Twitter Purge: A Retrospective Analysis of Suspended Users,” Chowdhury et al. 2020), by focusing on a particular topic. The analysis is fairly in depth compared to some descriptive papers.

Limitations: focus on one topic makes it more difficult to use results on future topics.

the reliability of news distributed in SNS (ASONAM short)

Data: Facebook, with Amazon Mechanical Turk for labels (credible/not credible). Data does not appear to be collected yet.

Limitations: at the time this paper was written, this was a proposed method, not a finished or even prototyped one. Logistic regression seems a difficult choice to use in this setting, given hefty dependence on feature engineering and the complexity of the problem.

Main Contributions: system to do above in a scalable and automated way, including website/API.

Data: parses discovered webpages and URLs from tweets to identify news sites. Then analyzes their characteristics to compute ranking. Uses various other data sources for evaluation, such as AllSides, MediaBiasFactCheck, DBpedia, Botometer, etc.

Limitations: I have concerns about what these rankings represent and how useful they are. Case study 1: breitbart.com - one of the suggested examples on their website’s home page - is ranked 97/50695. This news source is well known for its strong to extreme conservative bias (https://mediabiasfactcheck.com/breitbart/, https://www.politifact.com/personalities/breitbart/,

https://www.statista.com/statistics/649146/breitbart-credibility-usa/, etc.). The ranking puts it ahead of Encyclopedia Britannica (116), the Associated Press (125), Harvard and MIT (122 and 168), TED (170), etc. This is possibly due to the fact that its ranking for the political bias of Breitbart appears to be missing (marked “not found” which hopefully means that there is an error, not that it is unbiased). This is incidentally not an error unique to Breitbart - for instance, the BBC also has political bias ranking “not found.”

Case study 2: there are many websites/entities on the list that do not appear to represent news, such as Target (rank 180), Ikea (rank 185), and the Italian homepage of Amazon (amazon.it, rank 111).

Although this evidence is qualitative rather than quantitative, it is not clear to me exactly what the rankings represent, and therefore how useful they would be in downstream applications.

Also, the API link appears to redirect to a comparison with other similar sites, and contains no information about using the API.

Main Contributions: algorithm that can do above, shows user sentiment is relevant, and outperforms 5 “state-of-the-art baselines.”

Strengths: good ideas for combining different data modes, which are validated by their ablation study. Their method universally outperforms the 5 methods they compared with.

Limitations: uses images (with the article itself), content, sentiment, similarity but not user networks, syntax, or website structure. In other words, some modes that are shown relevant in other works are missing here. Individual mode methods such as VGGNet and GloVe are old and there may be better ones.

Setting: identification of “dormant bots,” which are social media accounts which have not posted content but have “large follower and friend relationships with other users.” These could influence rankings or be used to post maliciously in the future.

Limitations: single case study. Evaluating effects and intentions of these bots is difficult, given they have no behavior, though this is not a limitation of the paper so much as the setting.

Main Contributions: algorithm to classify if blackmarket or not and estimate number of likes and retweets after 5 days from post. Combines structural features like number of hashtags, mentions, URLs, nouns, adjectives, etc. with content representation. Cross stitch to put these two feature sets together.

Data: scraped about 1800 tweets from blackmarket websites and combined with 2000 tweets from the same authors that weren’t on the blackmarket. Topic annotations by hand on test set: promotional, entertainment, spam, news, politics, others.

Setting: two closely-related papers by same authors. Examines which individuals to surveil in networks related to drug trafficking, under the assumption that one can extract all relevant information about any person in the graph from their neighbor as well as themselves.

Main Contributions: theory and algorithms to allocate surveillance efficiently, both from scratch (first paper) and if you already have some surveillance deployed and want to deploy more (second paper).

Strengths: theoretical results lead to algorithm that has certain optimality (given assumptions).

Limitations: the big assumption - that one can extract all information with only surveillance on neighboring person, and with equal cost compared to surveilling the person themselves - is unlikely to hold in the real world. Further, this assumes the whole network has equal costs and benefits of surveillance, which is likewise unlikely (someone who might be the kingpin of a cartel, for example, surely does not have the same costs and benefits as some random drug user).

Setting: detection of rumer veracity and spreaders’ stance towards it.

Limitations: uses user features but not network ones. May be superseded by VRoC (https://dl.acm.org/doi/fullHtml/10.1145/3366423.3380054), which does rumor detection and tracking as well, although performance on PHEME veracity classification looks slightly better here, while worse on stance classification.

Main Contributions: algorithm which leverages tweet content in semantic context of an original tweet and all the replies. It does this by embedding tweets individually, then combining all the tweets together with self-attention, along with a latent label loss that pushes the label distributions of replies and the main tweet to be similar.

Strengths: although there are plenty of papers using network-based features, this is the first I’ve seen that uses how the content relates to the network in this way. Experimental results are good. Includes experimental analysis of different embedding methods (often missing in other papers) and all the pieces of the algorithm.

Limitations: some other types of information (diffusion, domain/article features, etc.) are not used. They note GloVe’s optimal performance, among embedding methods, may be because data has similarities to Wikipedia, the corpus on which GloVe is trained, so more varied data would be helpful.

Setting: investigates information spread and attitude changes. For example, we can observe someone retweeting a piece of information, but is it because they were influenced by it, or just a passive forwarding?

Main Contributions: analysis/modeling from the point of view of Granger causality.

Data: Twitter API; data from about 360k users over a period of two months.

Limitations: “While our analysis of a social media dataset finds effects that are consistent with our model of social influence, evidence suggests that these effects can be attributed largely to external confounders.”

Not very useful for our current research; skimmed only.

Strengths: network design seems effective and experimental results are good. Explainability may be very useful, particularly if fake news needs to be confirmed by human moderator.

Not relevant to our current research; not read.

You May Also Enjoy

Announcing Our Paper at KDD 2020

This post is part of a literature review on misinformation, especially in relation to technology and social media. The intention is to organize my thoughts and to provide the reader with condensed information beyond what can be found in the abstract.